Banty/Hurling and a vague Gaelic Connection!

Bandy/Hurling – Stick and Ball, Ice And All 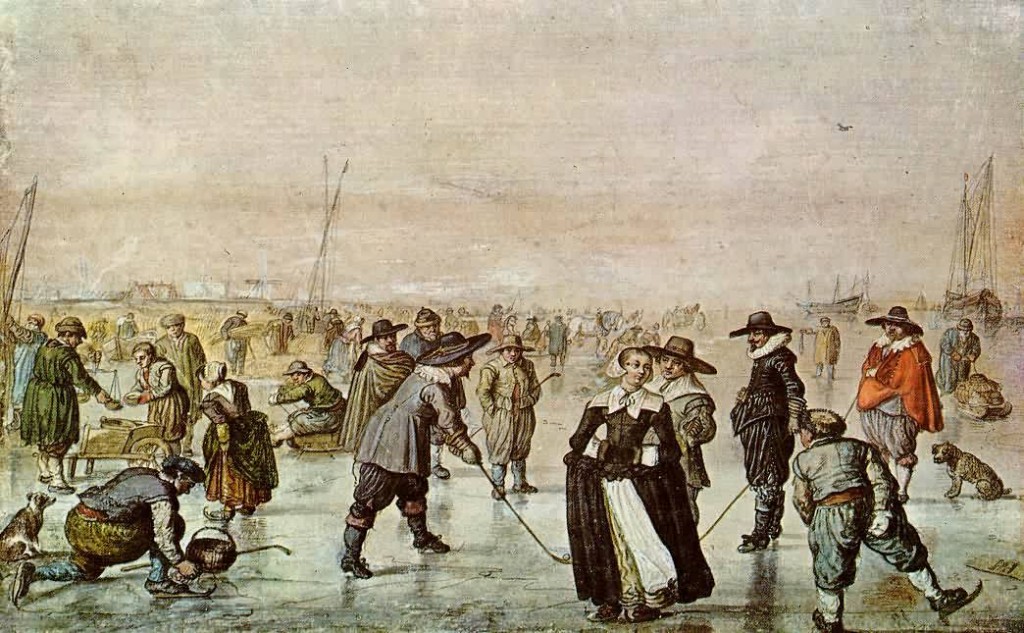 Bandy, or Hockey on ice, may be largely confined to Scandinavia today. There was a time

however when the game thrived in Britain and Ireland. Historians place Bandy as the pre-

runner to Hockey or Ice Hockey. The fact it was played in ancient times could yet unravel

that Bandy may well have originated as Hurling on ice!

There are some amazing similarities between Hurling and Bandy. Both are Celtic cousins

who are family members of Shinty in Scotland. Which proves every ancient tribe had a stick

and ball game. The Roman Empire sadly crushed many of these. The fact they failed to land

in Ireland saved Hurling. However some people have a fantasy that Hurling would have been

the chosen game of the Romans. Had they found it their empire would never have fallen.

Bandy or Bando, as it was called, was first recorded as an ancient Welsh sport played in the

Vale of Glamorgan where the sandy beaches provided plenty room to play. Interestingly,

Hurling was often played on the beaches of Ireland, particularly in the south east of the

country. Hurling needed the tide to be out for a game to be played. Bandy needed ice, which

meant the participants had to wait for a harsh winter to get a game!

formalisation in 1884. There was a simple reason behind this. The Irish population was

largely rural as urbanisation was slowly setting into the Irish landscape. Being rural every

There were varying rules and formations styling themselves as Hurling in the mid-1800s. The

standard hurling we know today was much different in certain areas. William Melville, the

man who established, the secret service, MI5 in London – and the inspiration for the James

Bond film series – was a noted hurler in his youth.

Nothing strange about that, bar the fact that hurling is alien to his native Sneem in south west

Ireland. Back in Melvilles youth a stick and ball game styled hurling was played using

narrow sticks cut from furze brushes. It was described in the seventeenth century as a form of

Bandy or ‘back and forth. When the GAA was formed in 1884 such sports disappeared from

Like Hurling, Bandy, continued to be played in different forms for centuries. English outfit

Bury Fen’s claimed to be unbeaten for one hundred years. An astonishing fact, considering

the game was only played when the flooded water of the Fens froze. Which never went more

than twenty years according to legend.

William Shakespeare must have been an avid Bandy man. In his masterpiece Romeo and

as Queen Victoria cheered him on from the terraces. Ninety-nine years later Bandy featured

as an exhibition during the Winter Olympics at Oslo. Sweden defeated Finland and Norway

in a three way series on goal difference. Sadly it never returned.

Sweden alone, and many more stretching from the Netherlands to Canada and the USA.

Hurling and Gaelic Football are linked together under the same governing body, the Gaelic

Athletic Association. Both games are played on a pitch measuring one-hundred-forty metres

long by ninety metres wide. Each team must consist of fifteen players while a game is played

over thirty-five minutes halfs. Goals and points may be scored through an H shaped goal.

Bandy and Football have similar ties with each other. The playing area is exactly the same

game to commence. The game is played over two periods of forty-five minutes, both sides

line out with eleven players. Like Football, the team with the most goals scored wins.

Similar to Gaelic clubs today, Bandy and Football were blood relations. Many clubs had a

and Stromsgodest IF (Norway) were two notable powerhouses in both Football and Bandy.

Norwegian first division side Mjoindalen IF still strive for duel honours in both codes.

The term bandy legs originated through the connection between Football and Bandy. Thomas

Tobin’s legs were far from bandy. Legend has it that Tobin attained legendary status in the

game of Caid, a precursor to Gaelic Football in the 1870s. Football boots were almost non-

existed so the local priest bought him a pair, never to see Tobin or the boots in action.

He approached the young man’s father one day stating where was Thomas and the boots?

The team was had fallen asunder without him. The wily father replied ‘that man is too

valuable to be playing, but the boots were ideal in the garden!’