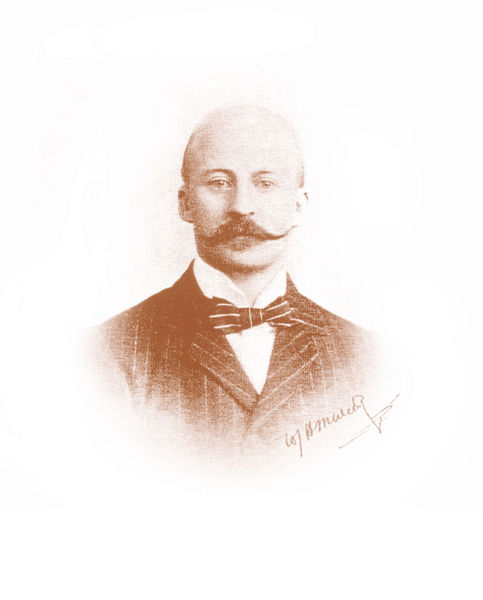 Michael Cusack and Pim Mulier never crossed paths during their time on earth; both left lasting legacies to their chosen sports that have lasted the test of time. They had glaring similarities in an era when sport blossomed.

Cusack is the father of Gaelic Games. He is credited with saving ancient Irish pastimes from extinction. On the other hand Mulier is the god father of Dutch Football, Rugby, Ice Skating, Field Hockey and above all Bandy. In the 1880s he helped establish all sports in the Netherlands.

The year 1879 was momentous for both Cusack and Mulier. The Dutch legend helped found his first sporting body when Rugby was introduced to Koninklijke. At the same time in Ireland Michael Cusack was pondering the plight of ancient Irish pastimes. While walking through the Phoenix Park, Dublin, Cusack and another man, Pat Nally, saw no Irish sports being played so they vowed that they would make an effort to preserve the physical strength of the Gaelic race.

Nally set the ball rolling when he organised a National Sports Meeting in Co. Mayo in September 1879. Five years later, on November 1st 1884, at a meeting held at Thurles, Co, Tipperary, Cusack along with six others founded the Gaelic Athletic Association. Nally would have been at the meeting but for the fact he was in Mount Joy Prison for his involvement in the Fenien movement. Today the GAA’s flagship stadium, Croke Park, honours both men through the Nally Terrace and the Cusack Stand.

Cusacks aim was to preserve ancient Irish sports particularly Hurling. He formulated Gaelic Football which, like all ball playing sports, had different rules in different regions. Athletics was the big draw in the early years of the GAA. This coincided with improving road and rail infrastructures. Sport was no longer confined to local meetings. It is interesting to note that Rugby, Cricket and Football were starting to getting increasing popular though International tests. 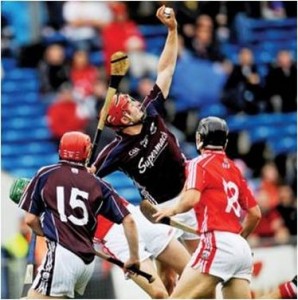 Over time Gaelic Football and Hurling became the chosen sports of the populace of Ireland. They remain the most popular pastimes to this day. Hurling is uniquely Irish. An ancient stick and ball game first recorded in 1172BC which warriors would practice leading up to battle. It holds a special place in the hearts of both players and supporters. 82,500 souls pack into Croke Park on the first Sunday of September each year to see the All-Ireland Final.

Away from the madding crowds Hurling is played throughout Ireland in small villages and picturesque townlands. With over 2,200 GAA clubs there is naturally deep rivalry between neighbouring communities! The sense of pride in one’s race comes into being during hurling matches between local rivals. Stand on a terrace in Athenry, Birr, Cashel or Drumbane and you’ll get a fair understanding.This is where the ancient tribal warfare in Ireland is reborn. In a sporting sense at least!

On October 25th 1984, a week before the Gaelic Athletic Association celebrated its centenary, the first GAA club was founded in Sassenhein. Styling themselves as Den Haag, they are one of the strongest clubs in European Gaelic circles winning four Hurling and four Gaelic Football titles. Groiningen GAA, Amsterdam GAC (2003), Maastricht Gaels (2005), Holland Ladies (2008) and Eindoven Shamrocks (2013) have since joined Den Haag to form a formidable Netherlands GAA circuit. Michael Cusack would be proud!

Coming to Ireland and want to immerse yourself in ancient Irish sporting culture, then book a session with Experience Gaelic Games and experience the thrill of Gaelic games.