‘Normal People’ Behind The Scenes

Normal People Behind the Scenes 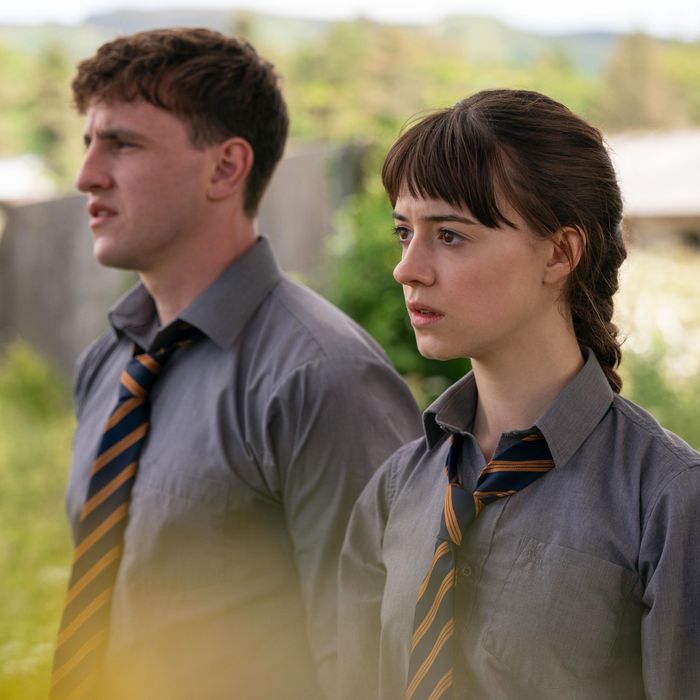 There is a new series taking the public by storm. You’ve probably heard of it? It’s called Normal People, with the 12 episodes being available to watch on BBC Player now. The story follows a popular GAA star from Sligo who falls for the ‘wealthy, bright but lonely class outsider Marianne’ according to the Independent. Extra called it an ‘instant hit’ while it got a 5 star rating on IMDb.

As part of the production, Tourism Ireland got offered the opportunity to do a behind the scenes video. This video really captures the stunning locations in which the series was filmed. From the bustling streets of Dublin to the dramatic and beautiful scenery in Sligo, this video does more than just show behind the scenes videos. It sells the beauty of our country and gives viewers an insight into what they can experience when they come over once the Covid Lockdown is finished. Of course, along with this scenery, it is imperative that you add Experience Gaelic Games to your itinerary!!

The added bonus for us on top of the quality series is the Gaelic Football action throughout the video. It is hopefully spreading awareness of our unique games to a larger audience. The actor himself has actually played Gaelic Football at a very high level against a number of our coaches. In 2014, Paul Mescal, who plays Connell in the series, captained Kildare minor footballers in the Leinster Final against Dublin. Dublin triumphed on the day, with a team that featured former EGG coaches Eoin Murchan and Eoghan McHugh. These coaches have moved on after graduating from college, overtaken by our new band of exuberant coaches. From that minor final, Mescal and Murchan have moved on to dramatically bigger and better things. Obviously, Mescal is a successful actor. Our own Murch went on to score what will be one of the most famous GAA goals of all-time, securing Dublin the first ever 5 in a row of All-Ireland titles.

Mescal, in an interview with The Irish Examiner said that he misses the game and would love to go back to it at some stage. ‘In a dream world, I’d love to go back and play with my team. But as long as work is kind of busy, I don’t think I can do the two at the moment. It’s something that has been a massively formative part of my life’. While living in London, it will be tough to return to Maynooth to play. However, why not test his skills with the London Senior Football Team who compete in the All-Ireland Championships. You just never know!