The Greatest Sporting Spectacle on Earth

‘The greatest sporting spectacle on the planet’

‘A game not to be missed’

‘Everything is amplified during game week. The crowds are bigger, the stakes are higher, the highs are higher and the lows are lower’.

A Sporting Spectacle not to be missed!

For the weekend that was in it, I am of course talking about the All-Ireland Hurling/Camogie/Football Finals. What did you think I was talking about? Oh yes, the Super Bowl. For our sport mad country, the fires are lit, the televisions are fixed, the groups gather every year to watch the American sporting spectacle unfold. All in the hope that the game is slightly more entertaining than the Patriots/Rams game from 2019. The top writers and pundits described that game as a ‘defensive masterclass’. In other words, with two scores in the game, they meant it was a slightly dour affair. 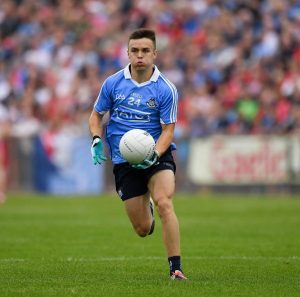 Luckily this year didn’t disappoint! Much like in our All Ireland Football Final last year, when the going got tough, the tough got going! While for the Chiefs it was the acclaimed 24-year old superstar Patrick Mahomes who brought them to their first title in 50 years, for Dublin it was our own diminutive Eoin Murchan, our former Experience Gaelic Games coach, who brought Dublin to the point of immortality.

By winning the 5 championships in a row, Jim Gavin’s team are breaking records at a rate, similar to the records being broken by the Patriots since the great Bill Belichick took over in 2000. But enough about the history making teams, let’s talk about the GAA, the NFL and the similarities that you might not know existed between the two sports. Once you’re done, why not come join us at Experience Gaelic Games to get a chance to play the greatest sport you didn’t know existed. 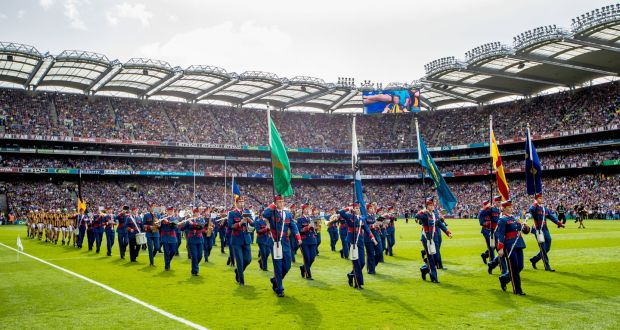 One similarity that exists is the universal appreciation for what the games means to the local people. In Ireland, while the Superbowl is a major spectacle, the All-Ireland Finals bring our country to a standstill. Almost ¼ of the country were tuned in at any given point during the Dublin/Kerry final. 82,500 people attended the game. To put that into perspective, 62,000 people attended the Super Bowl.

To further show the meaning of the games in Ireland, the earnings of the players playing in front of 82,500 people was €0. Frank Clark, from the Superbowl winning team, took home a whopping $1.2 million before bonuses from the Superbowl game. Clark now goes off to the White House and on a well-deserved holiday. Eoin goes down as a celebrity in Dublin but returns to his day job as a trainee accountant. Two athletes. Two different worlds. Pride of place and representing the jersey mean more to us than monetary reward!

Following on from that, there are quite a few transferable skills between the two games. High Catching, Speed, Aggression, Kicking, Tackling and a host of other skills are regularly displayed. We would love to

see the Super Bowl superstars of Tyreek Hill and Sammy Watkins in a race against Jack McCaffrey or Stephen O’Brien. Same as we would love to see Michael Murphy in a place-kicking competition against Robbie Gould and Adam Vinnateri.

We were given a taster in The Toughest Trade between GAA and the NFL which can be seen in this video. Why not come over and test your skills against our expert coaches who also have a great knowledge of American Sports.

Before we leave you, there is a big college football match happening in Dublin in 2020. The clash between two titans, Notre Dame and Navy. Are you one of the 35,000 coming across the water to experience the game and our culture? Why not start your trip by learning about our culture and participating in the oldest and fastest field sport in the world. Warrior Up and get ready for battle! You won’t be disappointed!