Ever since the inception of Experience Gaelic Games we have been amazed by the posterity of our Gaelic Diaspora. From London to Zurich, Sydney to Tokyo and Heart’s Content to San Deigo; we have learned that the Gaelic gospel has remained a storied legacy across the world for generations.

An oral tradition passed on by grandparents at bedtime; that coloured many a childhood dream. That dream became a reality for thousands via a visit to Experience Gaelic Games. Many have rediscovered their ancestral sporting and cultural heritage through the games of Hurling and Gaelic Football; reliving the spirits of their forbearers.

Patrons from Chicago and Cleveland have warmed our hearts with their passion for sport. This week they go toe to toe in pursuit of Baseballs greatest crown – The World Series. For the next week, and a half, Baseball will be talk of every bar, hair salon; tattoo parlour and creamery stop from the Doner Pass to Nigeria Falls. Unbeknown to many the “Gaelic word” was once the talk of the Baseball world. Forcing many professional players and managers into learning the Irish language! 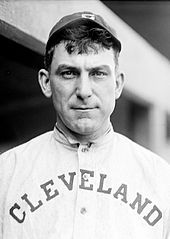 However it was their younger brother Steve that left a lasting legacy in the diamond Ball Park. Steve managed a unique double incorporating both the Cubs and the Indians. In 1920 he was a formidable catcher when the blue ribbon of Baseball came to Cleveland for the first time. Twenty-five years later he was at the helm when Detroit Tigers overcame the Cubs (4-3) in the World Steve included, his son in law Skeeter Webb in the successful line up.

Family ties are particularly strong in the Gaelic world. This year three O’Shea brothers lined out for Mayo in the All-Ireland Senior Football final. Three would be a meagre number when you factor in that six Quigley’s hurled for Wexford and seven Mahers for Tipperary when they won All-Ireland Hurling honours in 1895, 1896, 1898, 1899 and 1900 giving them a total of thirty-five Celtic crosses – the equivalent of a World Series pennant thirty-five times over!

It wouldn’t be strange to have a couple of brothers, an uncle, a father in law or the priest that married the families together in one Gaelic team. The truth be told it is all the more exciting when they are on opposing sides!!

For The Family One And All